Sometimes multiple pieces of data appear in a single cell, such as first and last names (John Doe), geographic coordinates (40.12,-72.12), or addresses (300 Summit St, Hartford, CT, 06106). For your analysis, you might want to split them into separate entities, so that your FullName column (with John Doe in it) becomes FirstName (John) and LastName (Doe) columns, coordinates become Latitude and Longitude columns, and your FullAddress column becomes 4 columns, Street, City, State, and Zip (postcode).

Let’s begin with a simple example of splitting pairs of geographic coordinates, separated by commas, into separate columns. 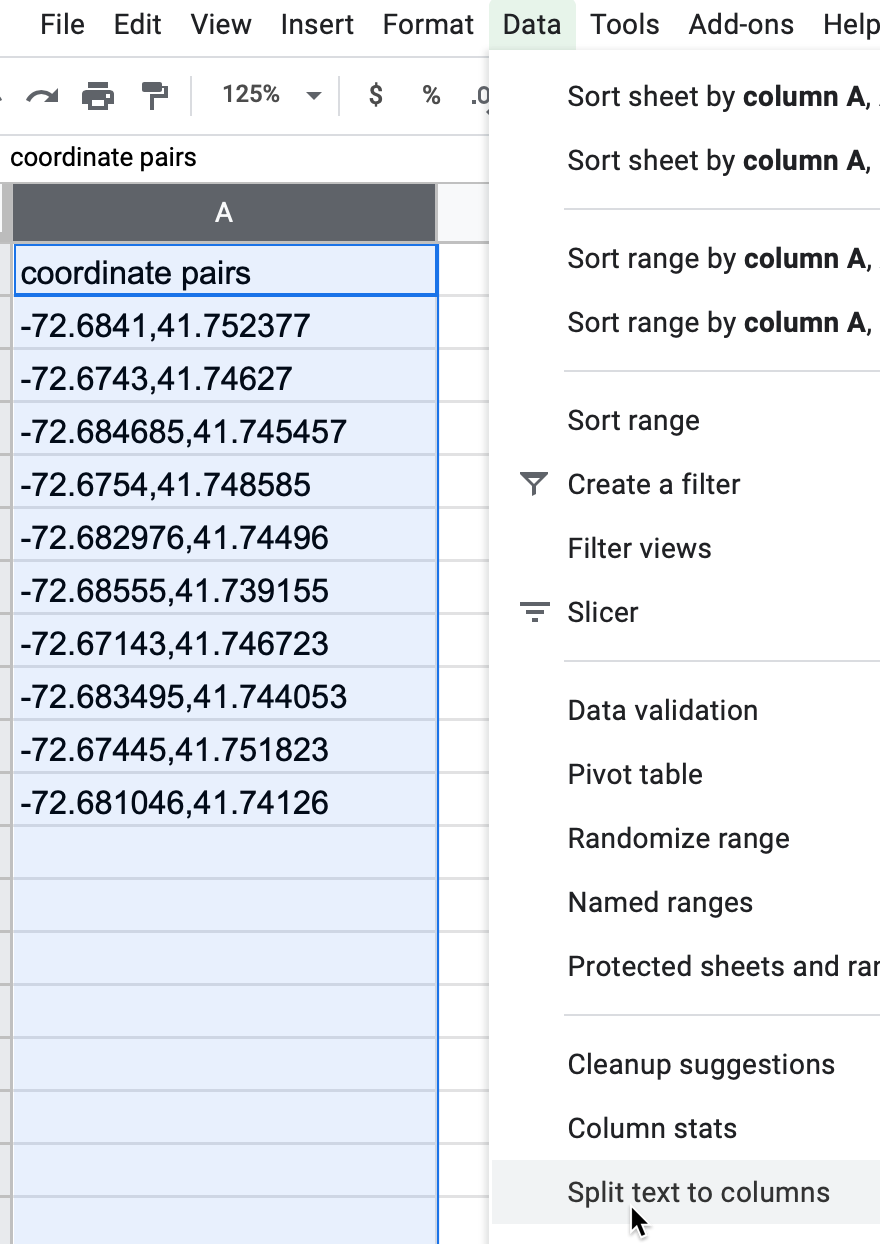 Now, let’s look at a slightly more complicated example. Each cell contains a full address, which you want to split into four columns: street, city, state, and zipcode (postcode). But notice how the separators differ: a comma between street and city, a space between city and state, and two dashes between state and the zipcode. In this case, you’ll need to manually add some instructions to properly split the text into four columns.

Figure 4.6: To split the last column, select a Custom separator and manually type in two dashes.

Tip: Google Sheets will treat zip codes as numbers and will delete leading zeros (so 06106 will become 6106). To fix that, select the column, and go to Format > Number > Plain text. Now you can manually re-add zeros. If your dataset is large, consider adding zeros using the formula introduced in the following section.