We first introduced you to the free Tableau Public desktop application (for Mac or Windows) when building scatter charts and filtered line charts in Chapter 6. Now let’s use the same tool to create an interactive choropleth map, and compare the process with the Datawrapper tool we learned in the prior section. We’re showing you how to create the same type of map with both tools, in order to show you the difference. On one hand, Datawrapper gives you more control over interpolating data and shaping the appearance of color intervals in your choropleth map. On the other hand, some people prefer Tableau Public because they’re already familiar with its interface.

Tableau Public can create many different types of map for geographical place names or ISO codes it already recognizes, such as nations, states, counties, and airports. But Tableau Public cannot geocode street addresses by itself, so you’ll need to obtain their latitude and longitude with another tool, such as those described in the geocode section of Chapter 2. Furthermore, if you want to upload customized map boundaries, learn how to Create Tableau Maps from Spatial Files on the support page.

In this section, we will create a choropleth map of healthcare spending per country as a percentage of their gross domestic product (GDP), as shown in Figure 7.52. Remember that choropleth maps work best when we normalize the data to show relative, rather than absolute, numbers. Creating a map of total health spending per country would not be very meaningful, as larger nations tend to have larger economies, so we’ll base our map on the percentage of their economy that is spent on healthcare.

Let’s look at the steps involved to create a choropleth from Figure 7.52 in detail.

Good maps often require cleaning up messy data as described in Chapter 4. In our spreadsheet we removed rows for nations that did not report any data. Tableau Public recognizes many different types of geographic names (such as cities and nations), so we will rely on the tool to deal with any spelling issues and properly place all of them on the map.

Tip: In 2021, Tableau Public launched its beta version to create data visualizations directly in your browser when logged into your Tableau Public profile page. Previously, you needed to install the free Tableau Public desktop application for Mac or Windows, which is still available for those who prefer it.

Tip: Tableau Public also lets you access data directly from external servers using its Connectors menu. So instead of downloading a CSV file in step 2, you could have linked directly to a Google Sheet in your Google Drive, but doing this requires a few extra steps to grant permission. 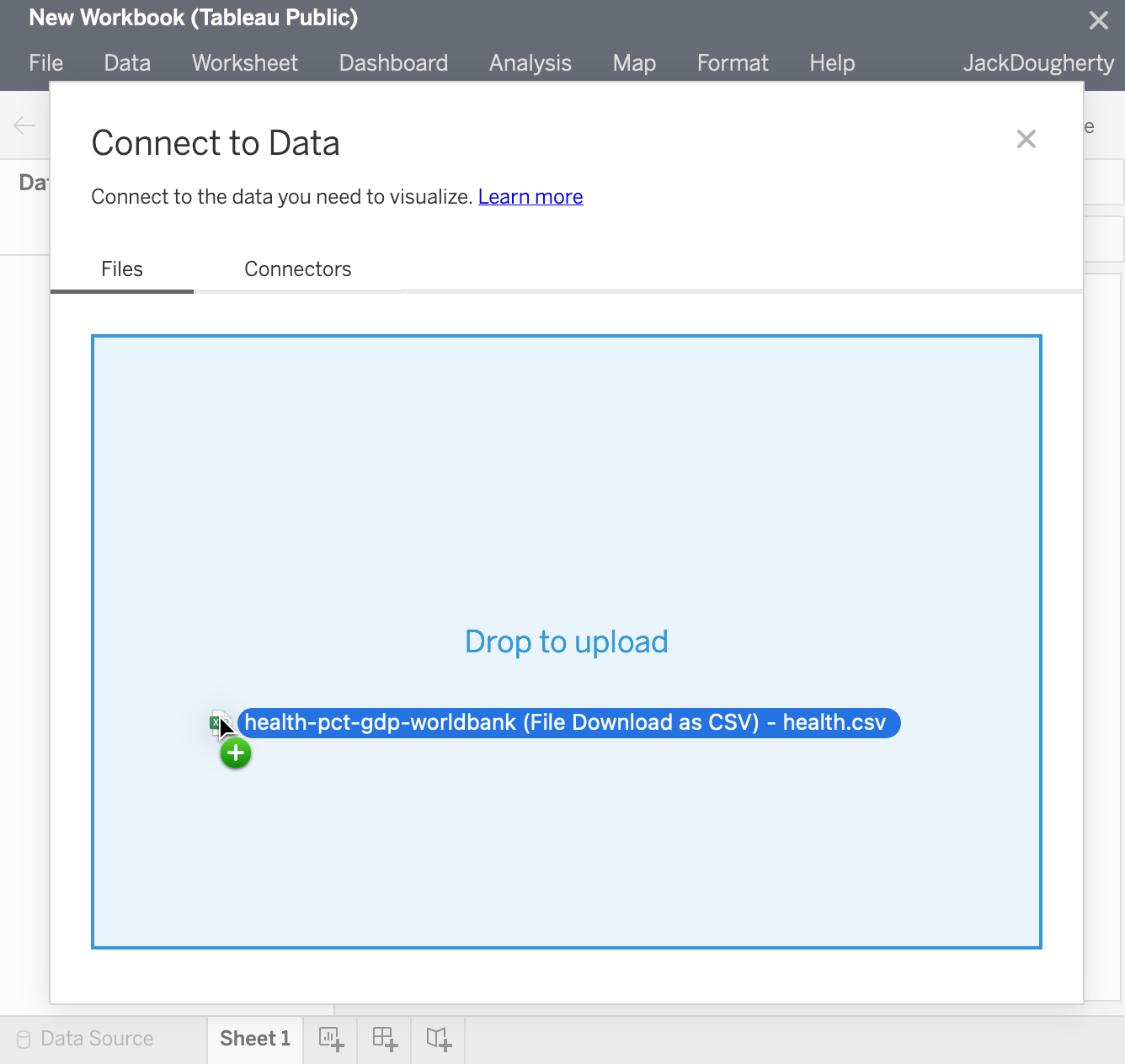 Figure 7.54: In the Connect to Data window, upload your CSV file. 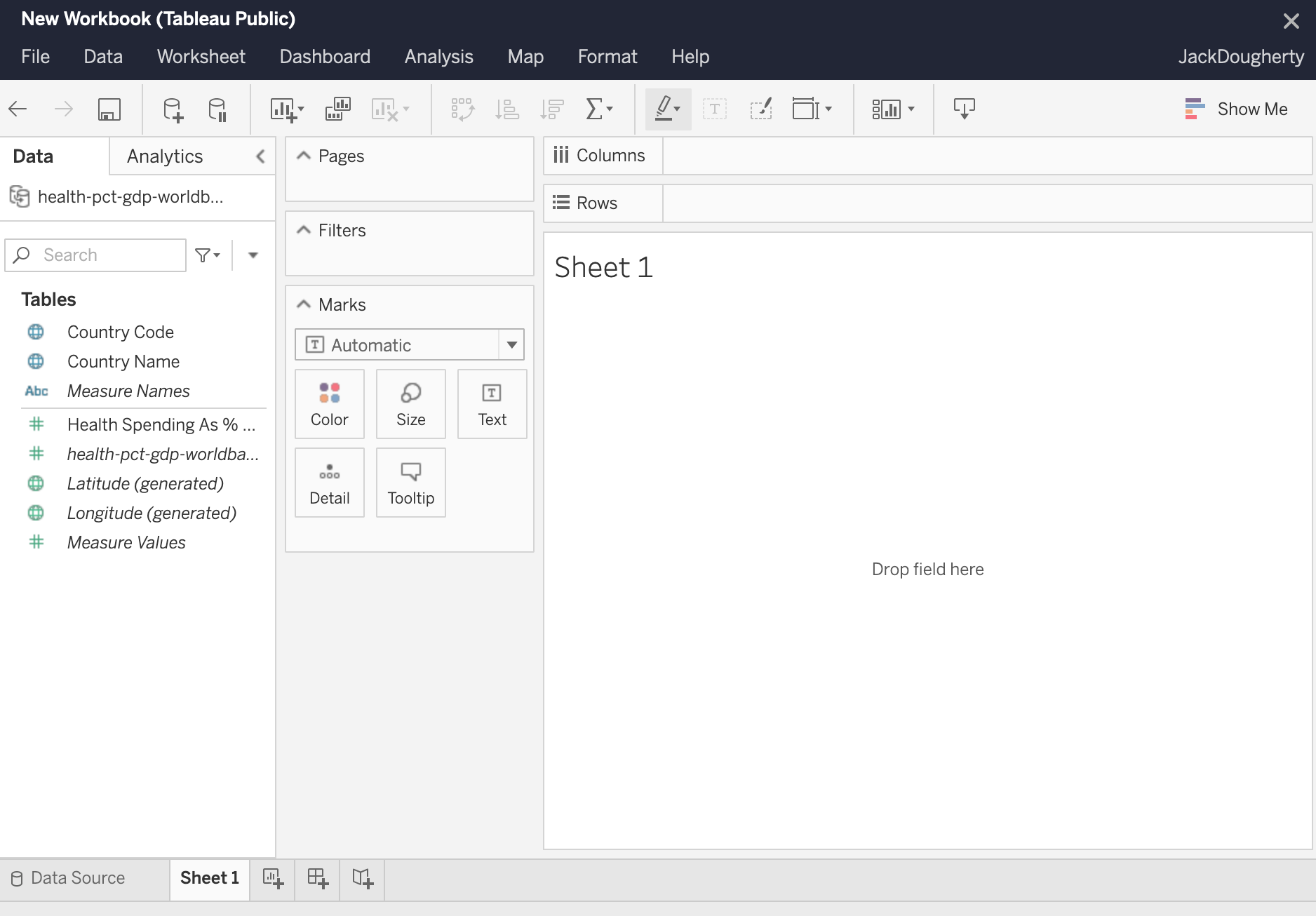 Figure 7.55: Tableau Public has uploaded your data into the left menu Tables menu in Sheet 1.

Tip: Notice that a small globe icon appears next to Country Name and Country Code, which shows that Tableau Public successfully recognized these as geographic data, rather than string or text data. If Tableau does not automatically recognize your geographic data, you will need to manually change the data type. To do so, click the data type icon (e.g. globe or a green # for numeric values), and then choose Geographic Role > Country/Region as shown in Figure 7.56. Also, you can inspect your data upload in the Data Source tab. 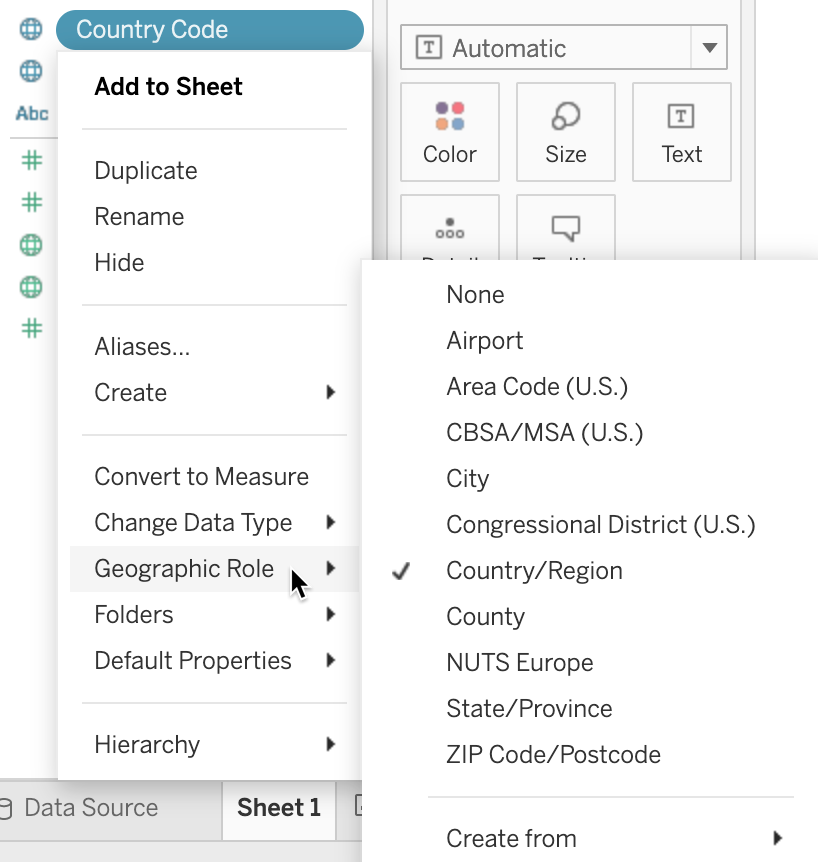 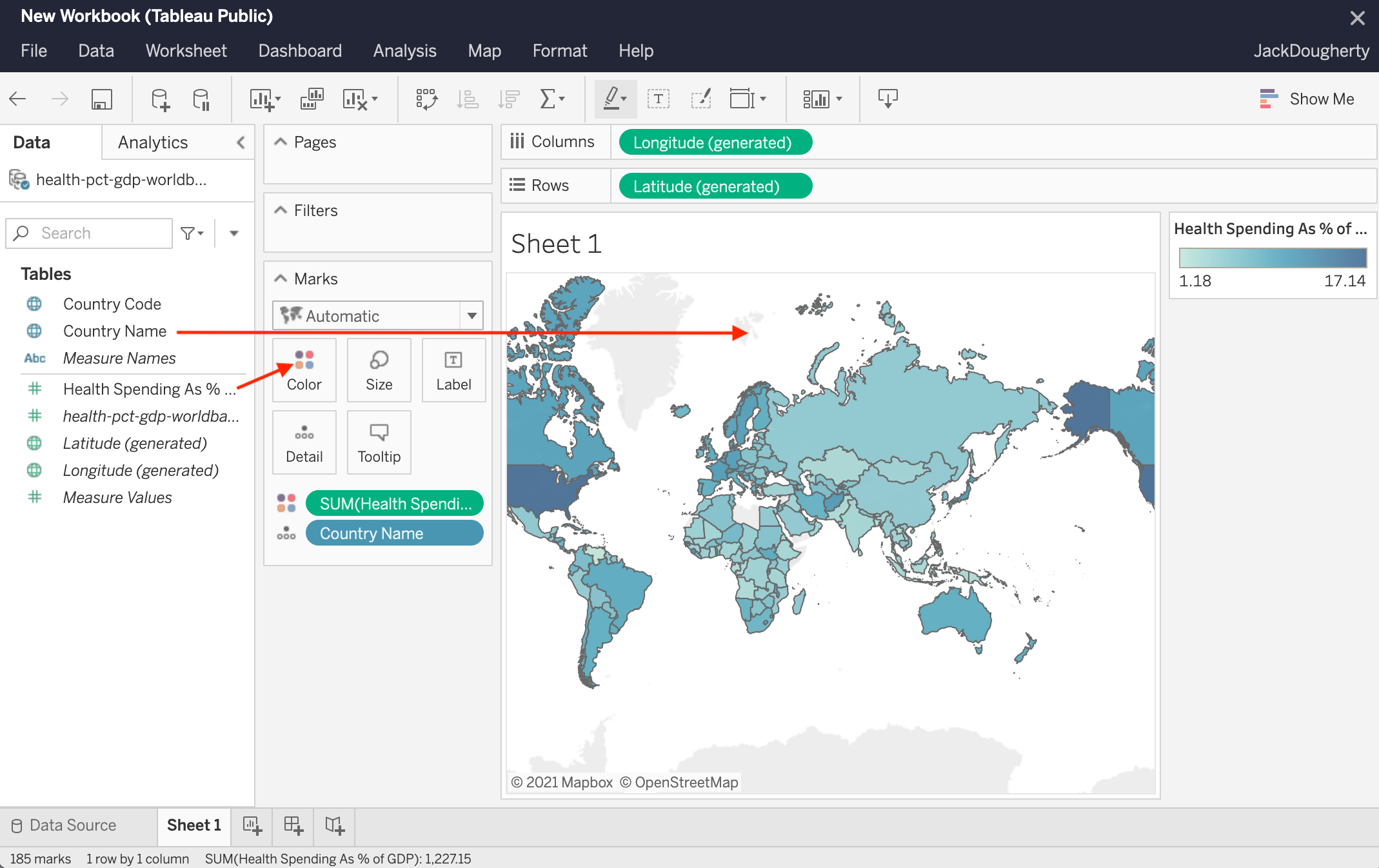 Figure 7.57: Drag and drop Country Name to the center of the sheet, then Health Spending As % of GDP to the Color box in the Marks card.

Tip: If you cannot see the map legend, sometimes Tableau Public hides it behind the Show Me menu in the upper-right corner, so click the menu to shrink it if necessary. 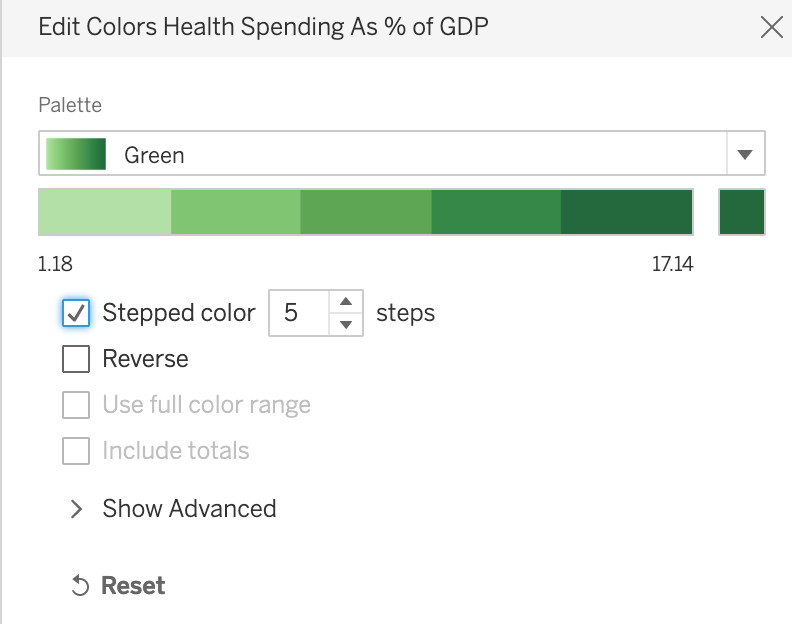 Figure 7.58: Change the color scheme to Green with 5 steps.

Figure 7.60: Before you publish the map, create a new dashboard to finalize your layout. 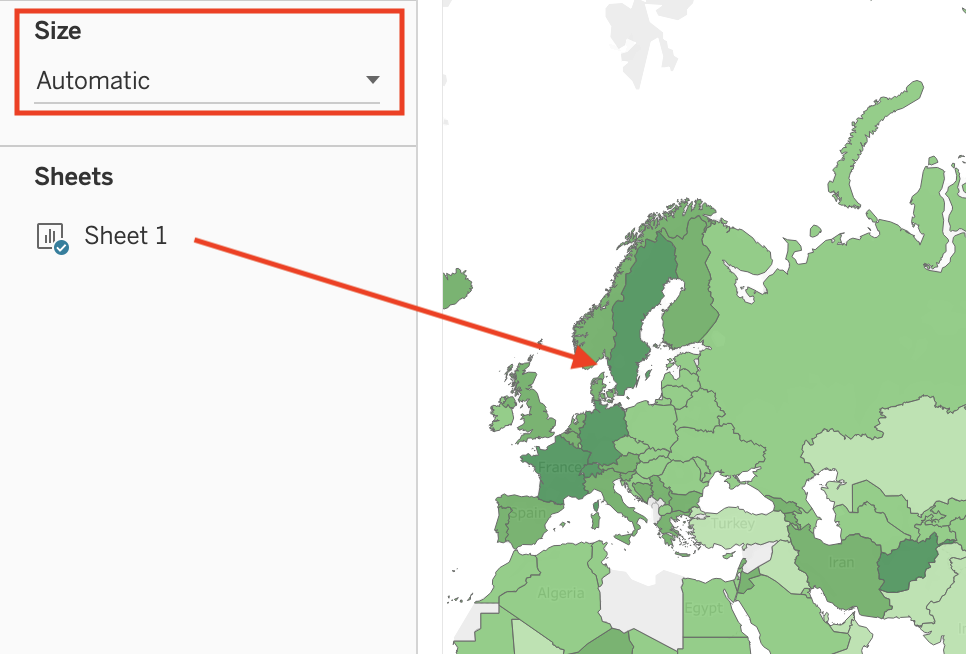 Figure 7.61: To create a responsive dashboard, change the Size to Automatic. 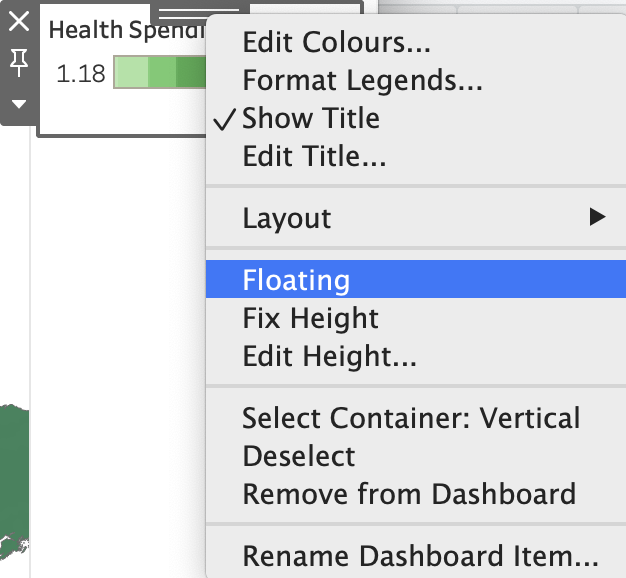 Figure 7.62: To place the legend on top of the map, make sure it is floating.

Warning: When you first try to save the map to your Tableau Public account, you will get an error saying that “the data source needs to be an extract” and you can read more about data extracts in Tableau Help. Go back to the Data Source tab, and click the Create Extract button in the upper-right corner. Tableau will take a few moments to manipulate the original CSV data, after which you can successfully save the map to your profile with File > Save As.

Tip: Tableau may not be the best tool to create choropleth maps where you want to have full control of color breaks. By default, Tableau uses a linear color scheme that, as we’ve learned earlier in the chapter, is prone to highlighting outliers, and there is no straightforward way to change the intervals to non-linear methods such as quantiles. If you are not happy with the way the linear scale represents your data, you can filter your data to remove outliers from the map, or see Andy Kriebel’s VizWiz tutorial to use table calculations to group items into quantiles, or create your choropleth map in Datawrapper, which gives you more control over color intervals and interpolation.

In all of the prior tutorials, you created interactive maps using static data, meaning it came from a spreadsheet. In the next tutorial, you’ll learn how to build a map using continuously-updated data from a Socrata open data repository, which will always display the most current information.