Map Warper, an open-source tool created and hosted by Tim Waters, allows users to upload and georeference (also called georectify) a scanned map image. This means to precisely align the static map image on top of a present-day interactive map. As a result of this process, older map images often appear “warped” when updated for the digital age. After your map image is georeferenced and hosted on this site, a special link allows you to place this raster data as an overlay on an interactive map, such as Leaflet Storymaps with Google Sheets as described in Chapter 12. Anyone can create a free account to upload and georeference a map on the developer’s public Map Warper site. See also how the tool is used by organizations such as the New York Public Library’s digital maps collection.

Warning: While Map Warper is a wonderful open-source platform, service may be unstable. A July 2020 update states: “Ran out of disk space. Maps older than 2 years will need re-warping to work. Downtime will happen again.” We recommend that users be mindful of the platform’s limitations, but also consider donating funds to the developer to continue this open-source project.

Follow this abbreviated tutorial to create a georeferenced overlay map, based on a more detailed version by digital librarians Erica Hayes and Mia Partlow.42 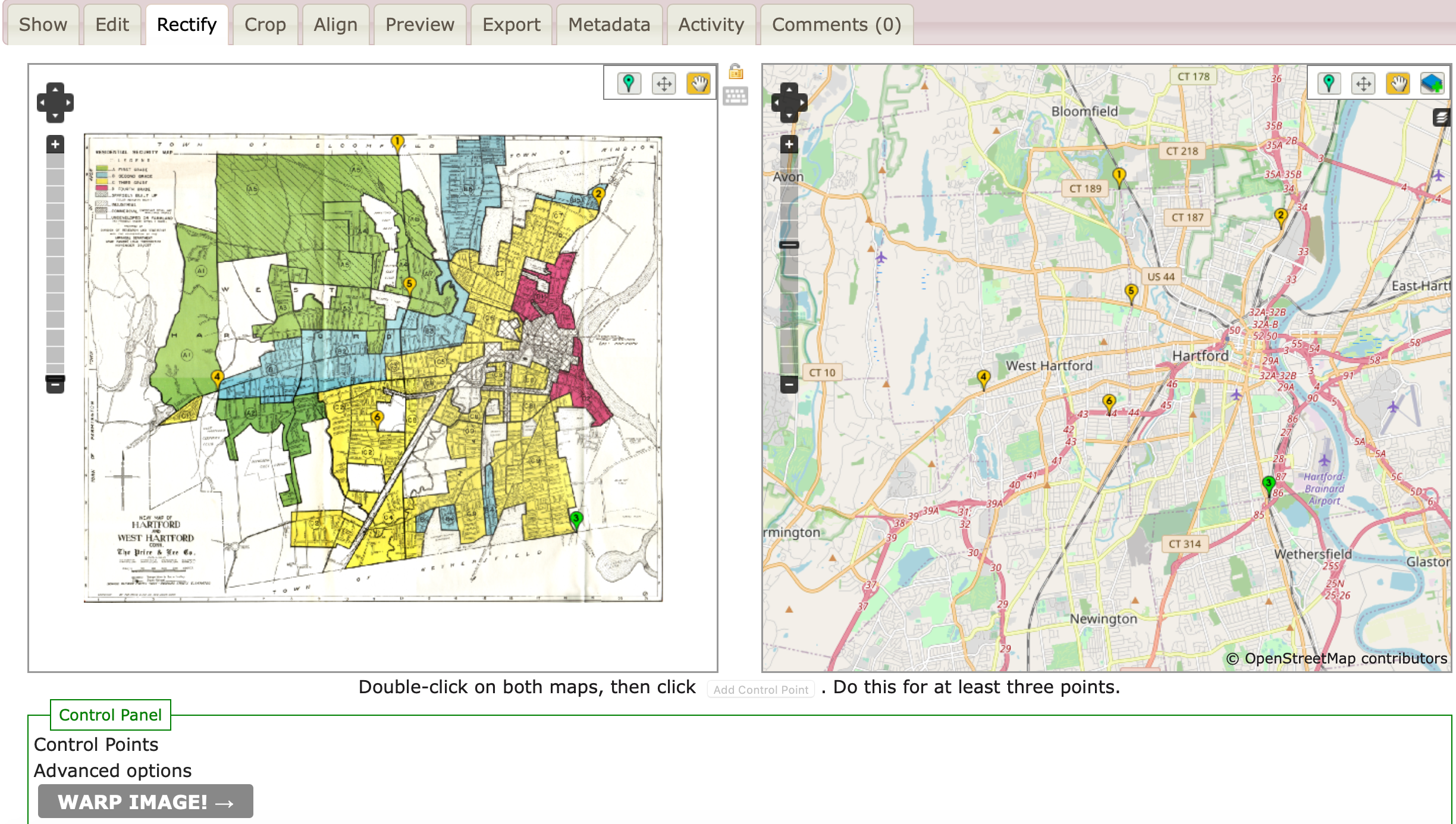 Figure 13.21: Add control points to align stable locations or landmarks between the historical map (on the right) and the modern map (on the left).

You can search for historical maps that have already been georeferenced and transformed into tiles, or contribute to crowdsourcing efforts to align maps, on platforms such as Map warper and the New York Public Library Map Warper.