Scatter charts (also known as scatter plots) are best to show the relationship between two datasets by displaying their XY coordinates as dots to reveal possible correlations. In the scatter chart example below, each dot represents a nation, with its life expectancy on the horizontal X axis and its fertility rate (births per woman) on the vertical Y axis. The overall dot pattern illustrates a correlation between these two datasets: life expectancy tends to increase as fertility decreases.

Bubble charts go further than scatter charts by adding two more visual elements—dot size and color—to represent a third or fourth dataset. The bubble chart example further below begins with the same life expectancy and fertility data for each nation that we previously saw in the scatter chart, but the size of each circular dot represents a third dataset (population) and its color indicates a fourth dataset (region of the world). As a result, bubble charts are scatter charts on steroids, because they pack even more information into the visualization.

In this section, you’ll learn why and how to create a scatter chart and a bubble chart in Datawrapper. Be sure to read about the pros and cons of designing charts with Datawrapper in the prior section.

A scatter chart is best to show the relationship between two sets of data as XY coordinates on a grid. Imagine you wish to compare life expectancy and fertility data for different nations. Organize your data in three columns, as shown in Figure 6.43. The first column contains the Country labels, and the second column, Life Expectancy, will appear on the horizontal x-axis, while the third column, Fertility, will appear on the vertical y-axis. Now you can easily create a scatter chart that displays a relationship between these datasets, as shown in Figure 6.44. One way to summarize the chart is that nations with lower fertility rates (or fewer births per woman) tend to have high life expectancy rates. But another way to phrase it is that nations with higher life expectancy at birth have lower fertility. Remember that correlation is not causation, so you cannot use this chart to argue that fewer births produce longer lives, or that longer-living females create fewer children. 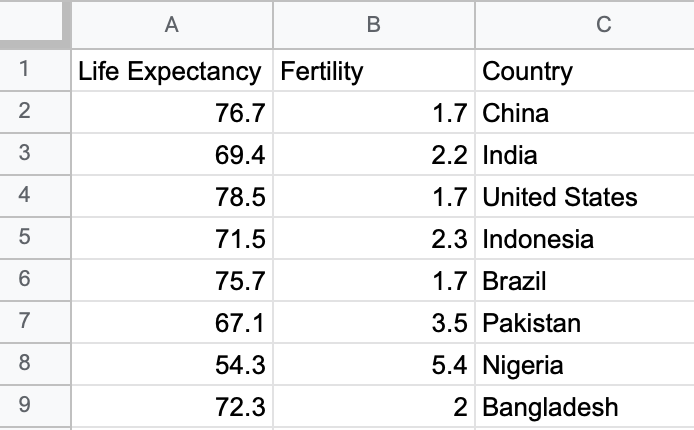 Create your own interactive scatter chart in Datawrapper, and edit the tooltips to properly display your data: 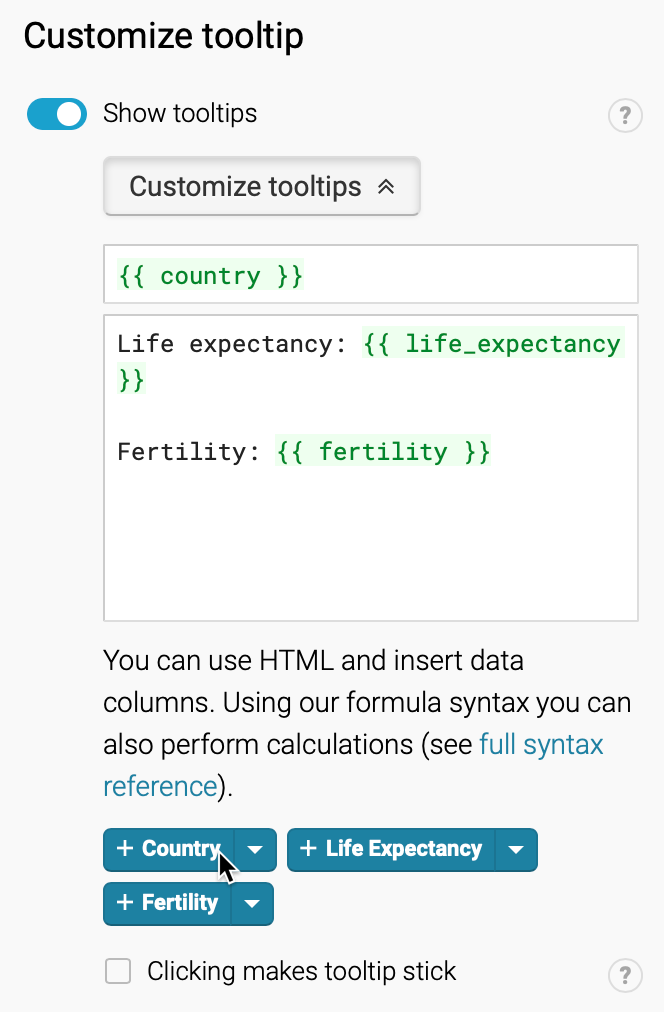 Figure 6.45: In the tooltip editor window, type and click column headers to customize the display. 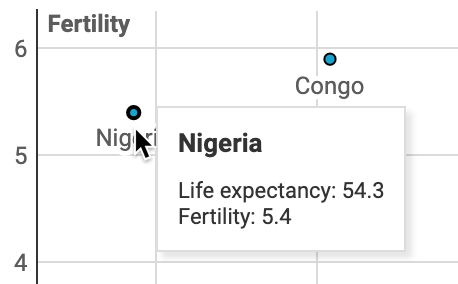 Figure 6.46: Hover over a data point to inspect the edited tooltip display.

In your scatter chart above, you learned how to visualize the relationship between two datasets: life expectancy (the X-axis coordinate) and fertility (the Y-axis coordinate). Now let’s expand on this concept by creating a bubble chart that adds two more datasets: population (shown by the size of each point, or bubble) and region of the world (shown by the color of each bubble). We’ll use similar World Bank data as before, with two additional columns, as shown in Figure 6.47. Note that we’re using numeric data (population) for bubble size, but categorical data (regions) for color. Now you can easily create a bubble chart that displays a relationship between these four datasets, as shown in Figure 6.48.

Create your own interactive bubble chart in Datawrapper, and edit the tooltips, bubble sizes, and colors to display your data:

Figure 6.49: In the tooltip editor window, type and click column headers to customize the display. 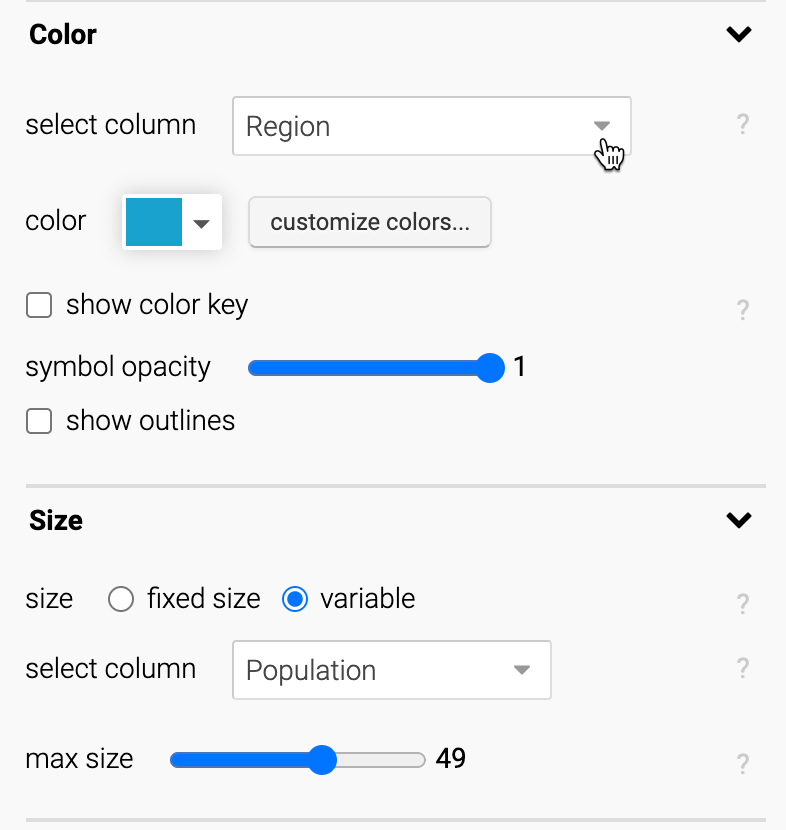 Figure 6.50: In the Visualize screen, modify the bubble colors and set size to variable.

Now that you’ve learned how to create a scatter chart in Datawrapper, in the next section you’ll learn how to create the same chart type with a different tool, Tableau Public, to build up your skills so that you can make more complex charts with this powerful tool.